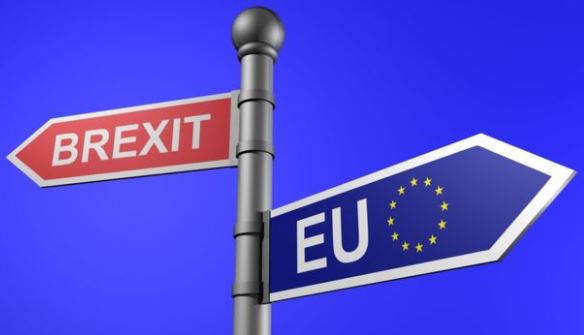 Well, the No-Brexit Deal is on the table, and only the No-Deal Brexit is left as an alternative.  The British who voted for Brexit, like the hapless Dominic Raab, can be forgiven for knowing nothing about the importance to Britain of international trade, but the politicians at Westminster should be experts at negotiation and they cannot be forgiven for entering the negotiation with the EU in the worst possible way.

Negotiations are won by preparation, preparation and preparation.  In a complex relationship like that with our neighbours, the detail is important.  A simple contract between two businesses for a million-pound affair can run to hundreds of pages; that between 28 countries in a billion-Euro relationship involves hundreds of contracts covering dozens of subjects.  A detailed understanding of the current contractual terms on all of these, and a detailed plan for the desired outcome, is necessary for any claim to success.  Leadership is essential to ensure that there is a clear and detailed objective; everybody on the negotiating team must be united behind the chief negotiator, and that negotiator must have authority.

Brexit started off badly; only 52% of the population supported it, and clearly 48% did not.  This was not a mandate for Brexit, but for civil war.  Although some claim that this is sufficient to force Brexit, it is a disaster for negotiation.  4% of the British population can change their minds during the negotiation, or during the process of ratification, or ones its horrors are unleashed.  Without a mandate, nobody can negotiate successfully, and the Brexiters did not have it.

Leadership is also missing.  Those who led the charge for Brexit disappeared as soon as it became necessary to lead.  Gove and Farage and Johnson refused to lead, leaving Rees-Mogg, who is congenitally unelectable, and knows it, as the sole remainer.  Without a strong leader desirous of Brexit, Brexit is not going to happen.

Ignorance of the contractual problems has stunned Brexit voters.  Their leaders had no knowledge of the contractual commitments Britain had already made, the £40 Billion divorce bill, and foolishly claim that “we don’t need to pay if we don’t want to”.  Any negotiation will founder when one party claims that they can ignore the contents of previously negotiated agreements.  While threatening to walk away is an established negotiating technique, it can only be used the side that doesn’t care.  If Britain wants to exit, then it must care: walking away is not an option.  Europe can refuse to negotiate, or at least refuse to accede to British demands, but so far it has done everything possible to keep the negotiations moving forward.

The detail of the myriad agreements on everything from fishing quotas to security is also ignored.  Perhaps the civil servants, those unelected heroes of the Brexit process who have done most of the work, had some inkling of the scale of the problem, but they were never asked by the public whether they thought a divorce was possible.

We have now arrived at the point where a democratic hung parliament is asked to approve the negotiated agreement.  All the work done so far may have been for nothing.

Theresa May realises that Brexit is a disaster, and the only way to keep her job and prevent is to offer a no-Brexit deal in the hope that in two years’ time people will realise it for what it is.  If she can survive that long, they may be grateful, but at the moment they are comparing her to Neville Chamberlain.  But the EU is not Nazi Germany, and Juncker is not Hitler.  Nor is Rees-Mogg Churchill.  In 1939, Britain was the equal-most powerful country in the world, and Germany was an economic basket case.  Today, Europe is six times richer than Britain.  Will the Americans come to rescue us once more ?

Those who complain that May’s deal is not good enough will attempt to kill it in the hope of getting something better.  May cannot survive then.  Whoever wants to replace her has not yet learnt that in this divorce, Britain is not the woman, with a legal advantage, but one of 28 unruly children, perhaps the most unruly, if also fairly charming at times.  Those countries who remain will grant Britain nothing, and if Italy, Greece, Hungary and Poland, along with the Catalans, will provide some moral support, the internal organisation of the EU ensures that the deal cannot get better.  If Britain leaves the customs union, then there will be no trade relationship until a new one is put in place at some undetermined time in the future.

The final point of negotiation is one of timing.  Never enter into a negotiation with a deadline.  By triggering Article 50 with its two-year deadline, Britain gave itself an artificial deadline when it still had no clear and detailed idea of what it wanted.  If it had spent the last two years arguing internally about what it wanted, it could then have triggered with a strong mandate for success.

Negotiation without a mandate, without authority, without leadership, without a detailed knowledge of the contract and a detailed idea of a new relationship is preparing for a disaster.  Brexiters will never get what they ask for, although as their preferred activity is to criticise the EU for all their problems then they presumably can blame Brussels once they have finished blaming Theresa May.